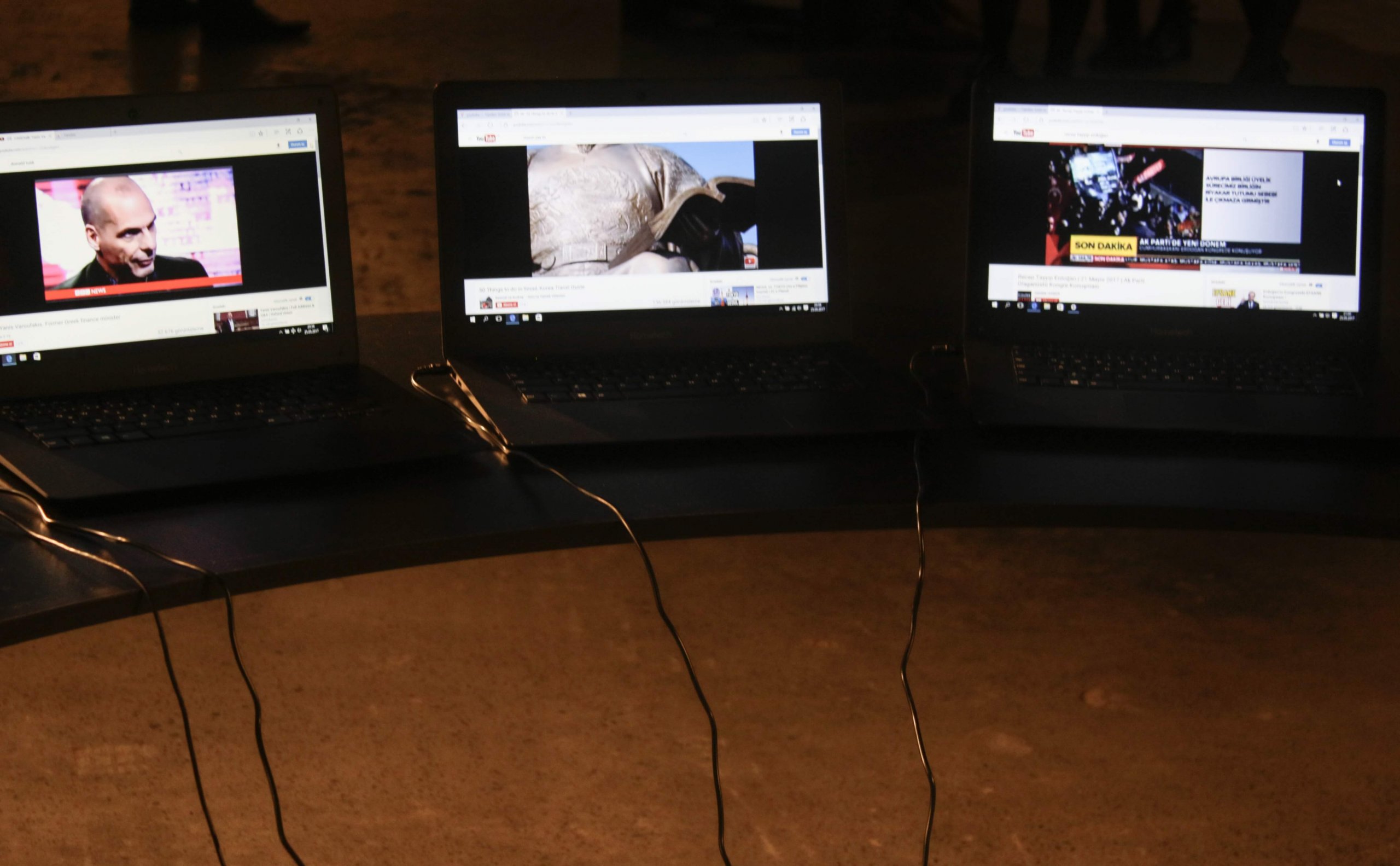 20 Computers are aligned strategically on a round table, facing inwards, all representing one of the members of the G20 which is an international forum for the governments and central bank governors from 20 major economies. Collectively, the G20 economies account for around 85% of the gross world product (GWP), 80% of world trade (or, if excluding EU intra-trade, 75%), and two-thirds of the world population. This gives a great opportunity to collect data and make a research on some of the deepest and most important questions on humankind’s questionable evolution and their broken logic, by disconnecting from the universal system. After Google, YouTube is the second largest search engine and the very large amount of collected data is enough to represent the current perception of humankind. Now YouTube has a recently introduced an important feature: “Autoplay”. When a video is watched on YouTube, the site automatically submits and plays the most relevant video up next, so the content and the list of these videos which are uploaded by the by the everyday users and media are determined by the million lines of code written by YouTube itself. The Installation begins by connecting the computers to internet, opening YouTube in full screen mode, and start typing the leaders name of one of the specific countries and play the first video come up after searching. In the same way, letting every computer to run this way, we now have 20 computers running videos one after another, representing 20 specific countries, the content totally determined by the YouTube’s algorithm, but in reality, people’s perception of reality in mass global absurdities and confusions of the negative results of politics and economics.