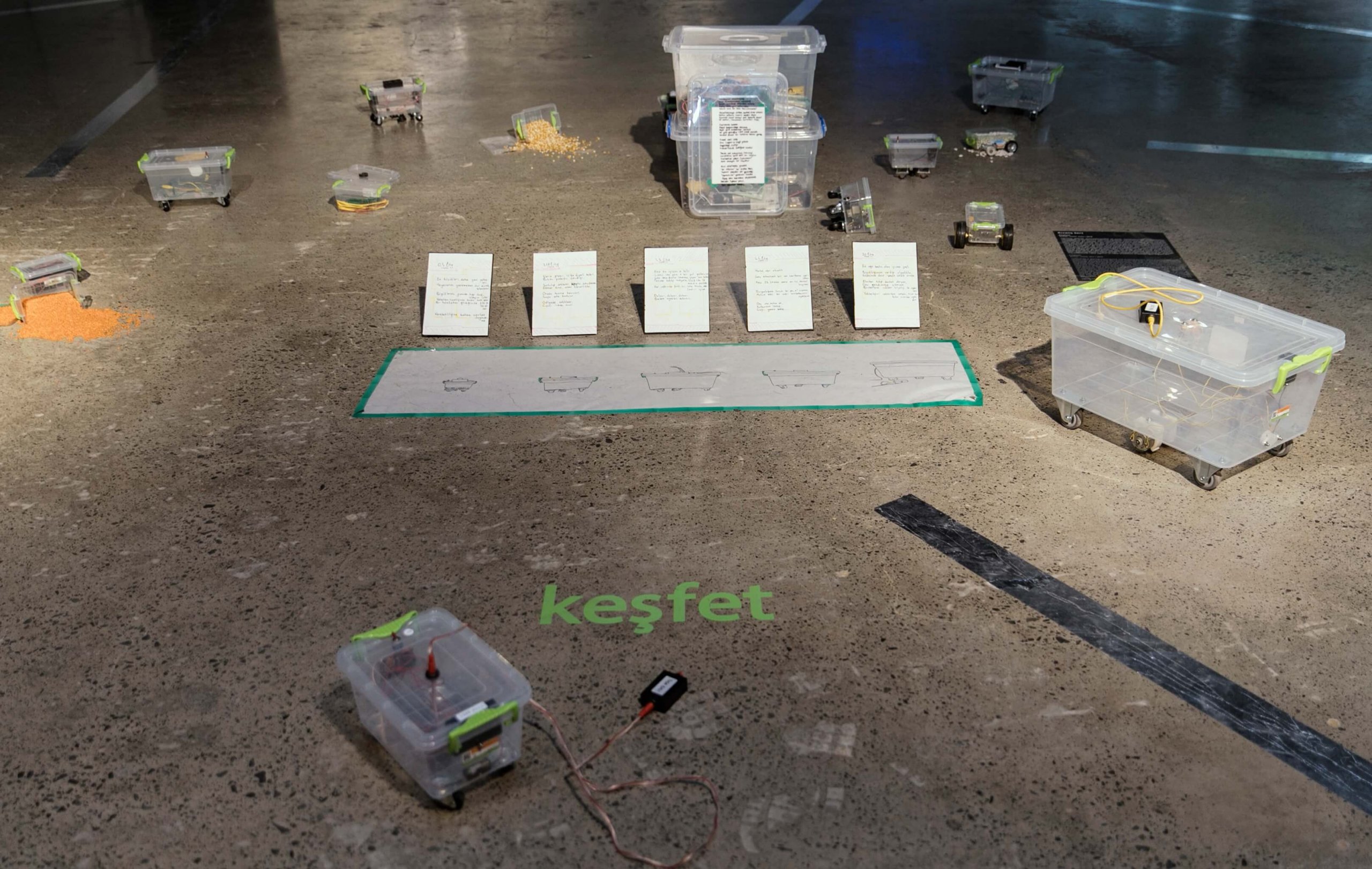 Technology is getting automatized and drawing further away from human intervention each and every day. We cannot intervene with the productized versions of technology. But because of this automation, the urge to control actually controls the human itself. The purpose of these series of semi-intelligent boxes could be interpreted from this point of view as to re-examine the human-robot relationship and make their communication reciprocal. External factors other than a remote control or a robot, such as sound, light, movement and contact can work as a directive device as well. A box that is responsive to the random factors and makes its own decisions, rather than a box that responds to every directive given by a human, can change the existing human-robot relationship. The mechanism and technology that Laylom has signifies the structure of its character. This randomly operating, unintelligent robot can get tired physically instead of responding to every request. These sorts of situations emphasize its character as well. Having been created with objects that are cheap and accessible and with semi-materials such as toy engines and containers collected from the city, Laylom alters our conventional understanding of the perfect robot and the accessibility of robot manufacturing.