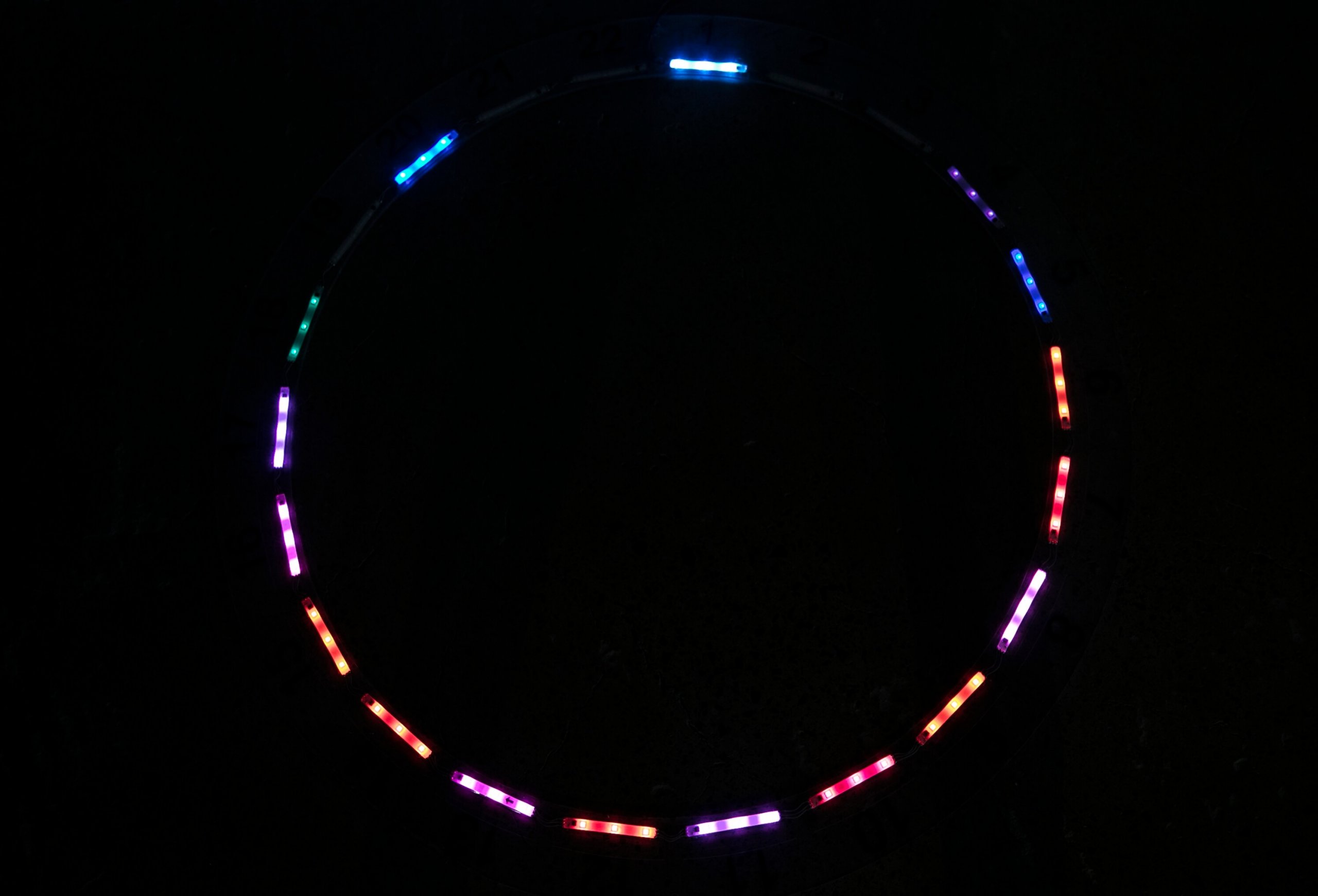 is an installation produced by converting mutations, which are random small differences in our genetic codes, to music and light signals. Providing an easier and more enjoyable understanding of the term “mutation” which is generally misinterpreted is aimed. The mutations that are used in the project are mutations which are known as ‘de novo’ and they belong purely and simply to only you.

Firstly, in this project, positions of the mutations and their distances to each other were calculated. Then, these distances were converted to frequencies based on guitar strings to create music. Finally, a LED system is synchronized to the music. By this way, you can see the chromosomes where mutations are located while listening to them.

To experience the installation, please walk into the chamber and put on the headphones. Each of the buttons that you see represents a different individual. When you switch on one of the buttons, you can listen to the music that is composed from mutations of that individual. At the same time, by following the LED signals you can see the mutations which are located on the chromosomes 1 to 22. You can explore the differences between individuals! Let’s see if you can find the two siblings among the individuals?