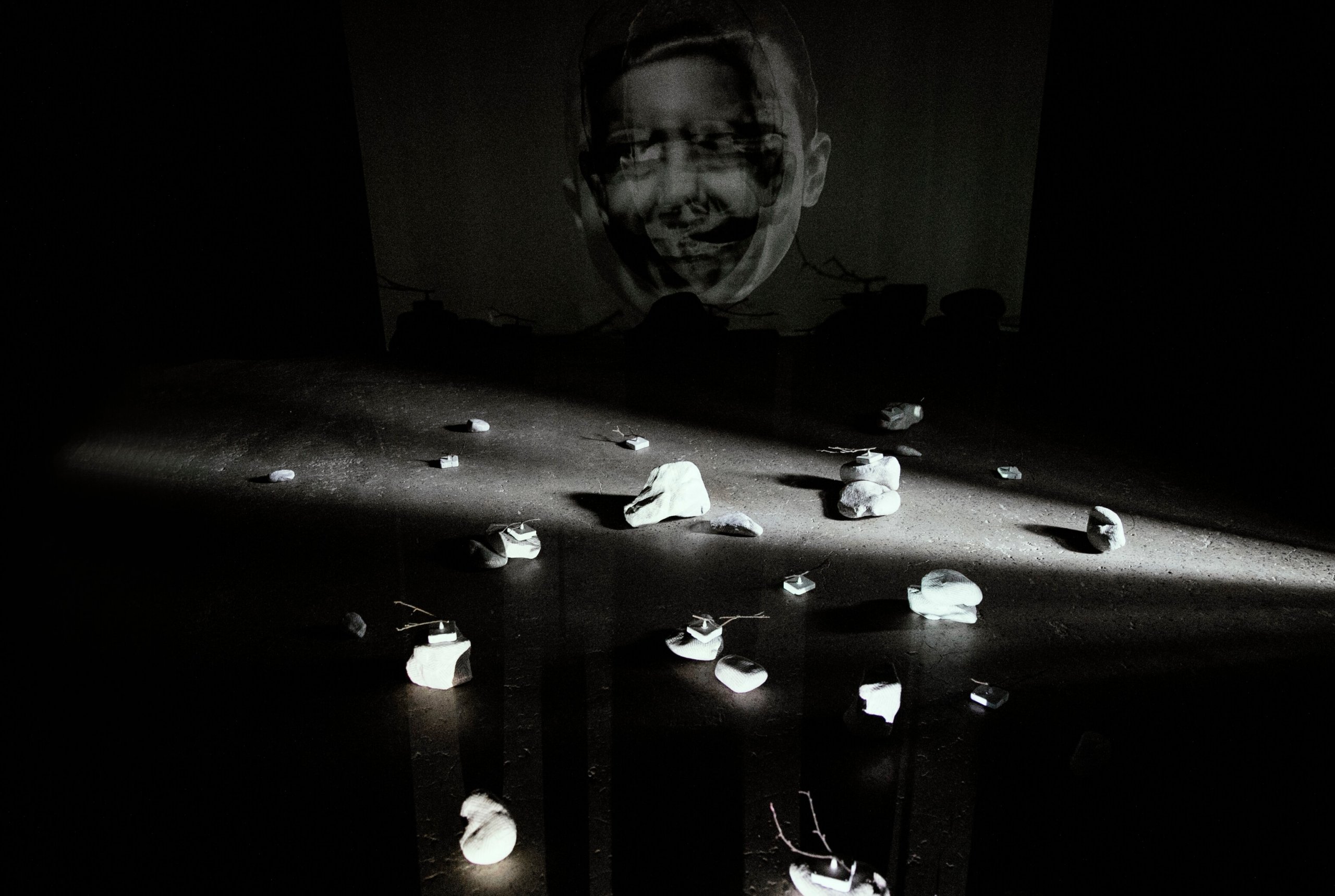 Still Trying to Understand the Game

The inner world of children has always been considered to be colourful. Likewise, we are also subject to hearing the term “the kid inside” often. But what if the kid inside is anxiously trying to understand what is happening in the world? In other words, maybe it is a game to make sense of current anxieties. We are living in an era in which contemporary existentialist anxieties such as global warming, economic crisis, natural disasters are taking over our lives. I believe what lies behind is the culturally constructed dualist distinction between nature and culture. This video installation, in an analogical link to an unidentified child’s play, creates a dark atmosphere and represents a child’s portrait in an effort to understand the culture-nature dichotomy symbolized by the rocks covered by their HTML codes and clock mechanisms whose time units are replaced by branches.