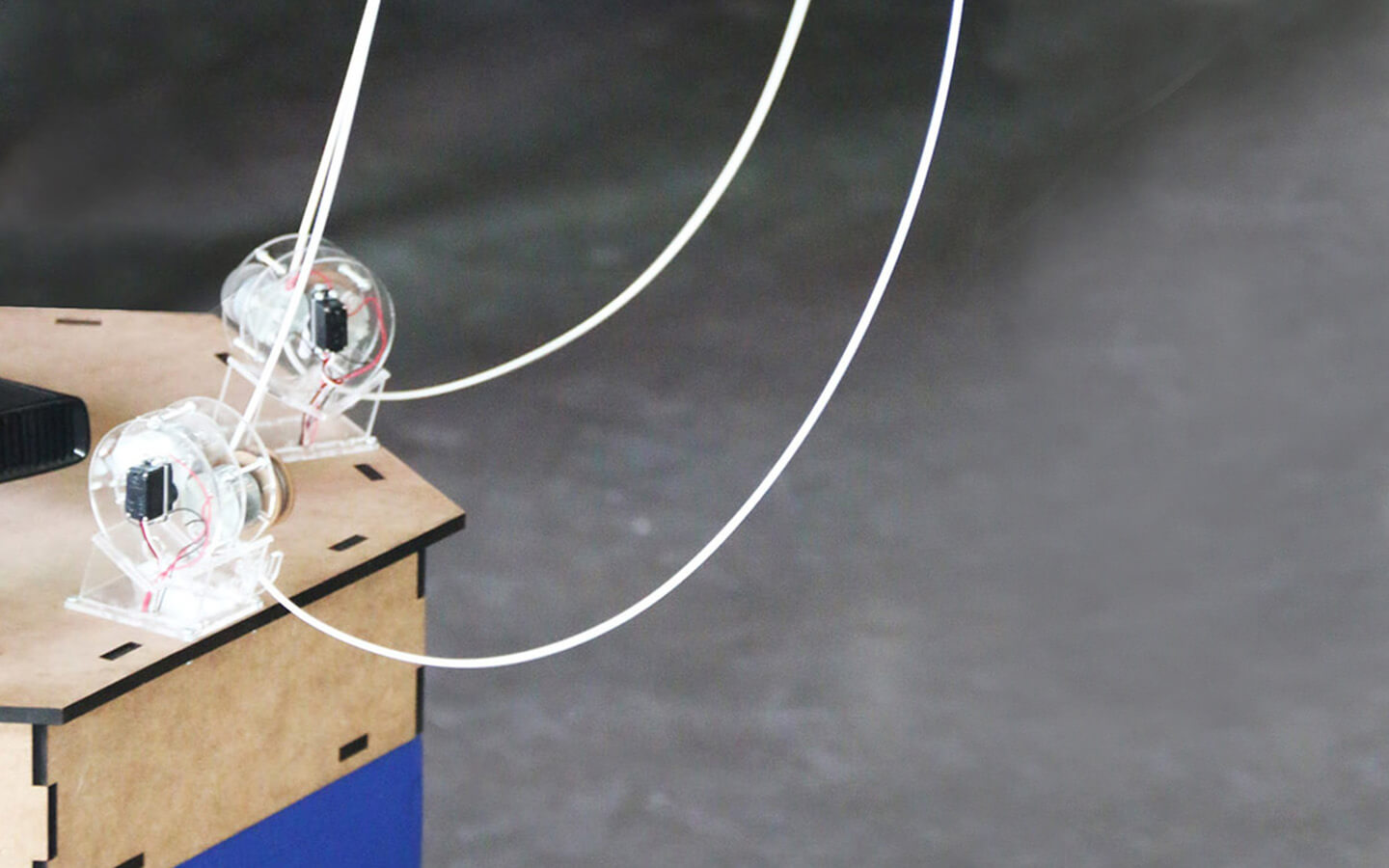 String Spring is a kinetic – interactive installation, aiming to blur the line between the mechanic and the organic utilizing a simple physical phenomenon. A loop of string accelerated to obtain a perpetual shape and the waves propagating on the string as the acting forces change, help this familiar and simple material to exhibit brand new and complex behaviors.

In the project, a behavioral model is adopted such that the system imitates the interacting user by translating the movements to its own physical language, creating a mechanical assembly that mimics the movements of the organic. With a circular array of 6 ‘string shooter’ modules, the hexagonal form that is frequently encountered in nature is obtained, referencing a flower or a fountain. The synchronized movements of these modules provide a visual aesthetic beside the interaction.

User interaction is based on the ‘skeleton tracking’ feature of Microsoft Kinect, determining the angle and distance between the user’s hands and shoulders. These inputs are then translated to servo and DC motors which the ‘string shooter’ modules use to actuate the strings.