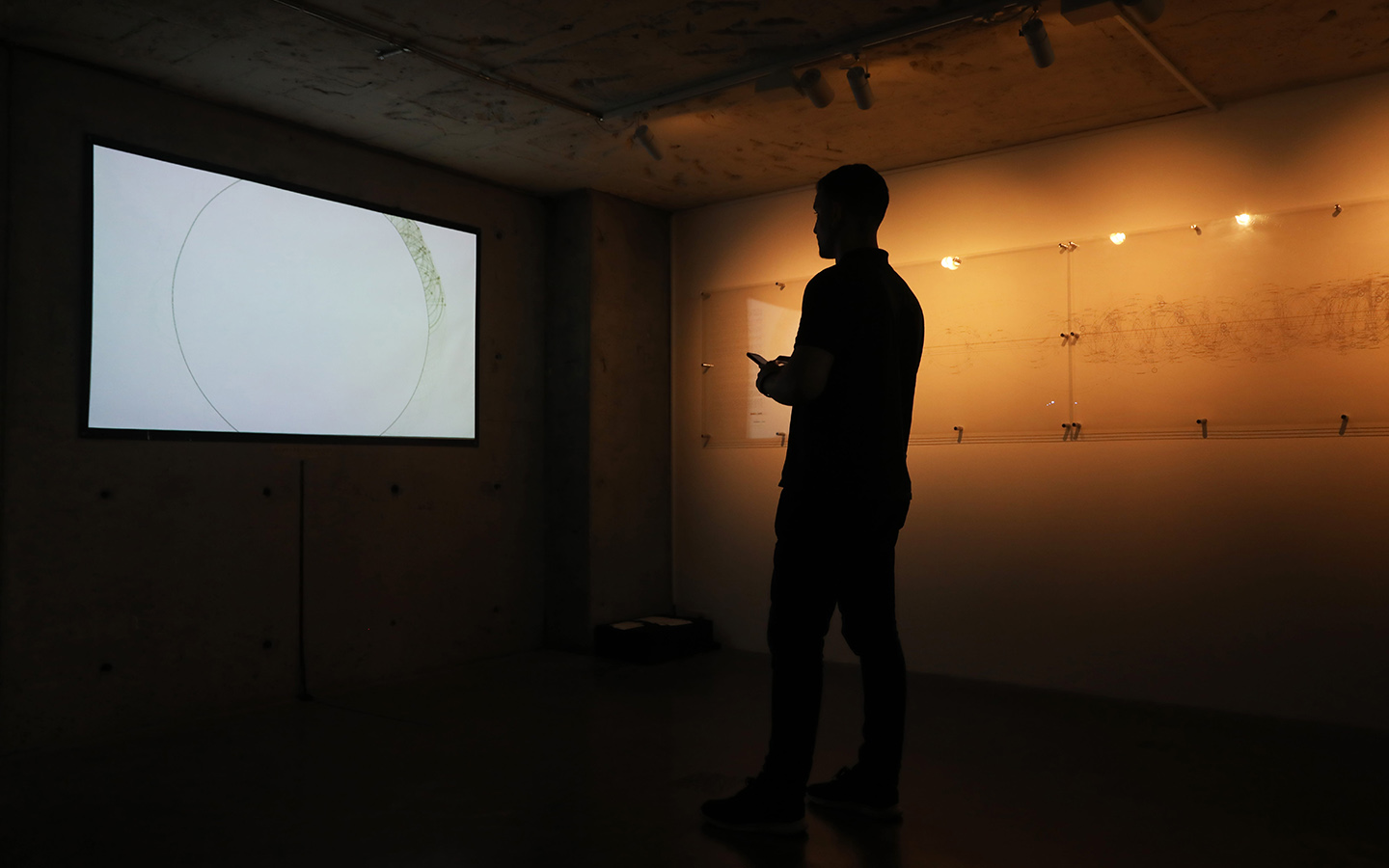 The Unknown. It sometimes becomes more unknown. It sometimes makes us question the meaning. It shows up in some moments and expresses itself with its upright position. It narrates the discourse by challenging the limits if language. For the remaining part, it ensures every word is felt and arouses interest. It questions the rules. It builds a consensus. It defines language. It creates its own World.

Position yourself in a “Hyper Text Markup Language” (a digital universe: html) in the infinite universe of the time and space. Imagine a network that forms the basis of the physical limitations of the universe as you walk through the data and new forms that circulate in a universe with knowledge of the present where the information is stored within the network.

Hypertext as it is known with a non-linear text, is defined as a system where it can be arranged with various shapes on the computer and with which the user can directly interact. In this context, hypertext can be divided and broken down into pieces. The reader can reach the desired section and information between the texts in line with their need for information. The expressions of a text or a description can differ in terms of setup, form and time perception. Wittgenstein, the linguist who addresses forms at a logical form level, sets forth that any representative form offers a logical image, and reflects that this image enables us talk about the World that it creates. He believes, “Grammar is not accountable to any authenticity. Grammatical rules define (construct) the meaning. Grammatical rules are not accountable for the meaning on their own, and they are therefore arbitrary in their nature.”

bang. Prix 2019 determines the lines of an experimental effort. It deals with the logical form of the language as put forth by Wittgenstein combining it in a new setup. It moves away from normative rules as it follows the manifestation of its own reality. Each artist’s authentic language focuses on the reality as well as the universe they imagine. At this point, artists create an organic language in their own spheres and in their own software, while focusing on their own worlds and transforming the unknown into the known. The language is a metaphor in the exhibition.

bang. Prix 2019 with its “made by digital beast with ” setup, witnesses the rise of eleven digital monsters out of their shells which live in unknown universes, as they may sometimes become more unknown, and as they question the meaning.